The Glen Waverley Bowls Club was established on the 6th June 1974, following a gathering of over 100 people who attended a Meeting held at the Syndal Hall. On this night the Royal Victorian Bowls Association approved the proposed Constitution, granted provisional affiliation and the Club colours of blue and gold submitted and accepted by all present. In 1975/76 the Victorian Ladies Bowling Association granted provisional affiliation for Associates.

A site for the establishment of a Bowling Green and Clubhouse was chosen at Central Reserve but was rejected by the City of Waverley Council who later on offered a site at the Glen Waverley North Reserve. This site attracted a considerable number of objections from nearby residents and finally in the 1976/77 season following many submissions to Council they agreed on the site in Central Reserve known as Huckles Paddock. This site had a lifetime lease to the lessor and it was not until May 1977 that it became available for development.

Soon after a Co-operative Society was formalized and registered for the purpose of raising loans for Capital works, and at the same time a very active Committee together with the Associates busily engaged in raising funds.

During these early years members and associates were able to engage in the game of bowls and entered in Divisions A4 and C4 playing at the Dandenong Recreational Club and later on at the Clayton Bowling Club. Around the same time others began playing in an Indoor Bias Bowls competition at the Glen Heights Primary School.

In May 1977 the Club was granted approval for the construction of two 8–rink greens. These greens, “A” & “B”, were largely constructed using the volunteer labour of club members wherever possible to conserve funds. The first stage clubhouse provided by City of Waverley Council was completed in April 1978 and after many years of tireless work the Inaugural President, Reg MacDonald, completed his extensive term of office.

Instant success followed on the playing green giving the Club great impetus, with the Ladies winning the VLBA Division C3 Pennant and the men the RVBA Division C2 Pennant. It was an exciting time for a new Club full of enthusiasm and by the end of 1979 the membership had risen to an amazing 283 members.

With the membership rising plans were put in place to extend the size of the existing clubhouse and to provide a further playing green. These expansions again put a great deal of pressure on the presiding and fund raising committees but as the founding members had provided a strong foundation on which to build these goals were reached by 1986 with the enlarged clubhouse and the “C” Green project completed.

Membership at this stage was capped at 400 members and a waiting list to join the Club was in force for a considerable period of time. To enable an increase in membership it was again necessary to consider further improvements to the clubhouse and a need to improve the licensing aspects of the Club. This involved a fully licensed bar and cool room, a committee room, offices and a larger locker room for male members. This project was on top of general improvements to the playing facilities, such as shelters, green lighting and sun screening which were ongoing during the nineties.

During the early years of the new century attention turned to the provision of an all weather green and after much debate it was decided to opt for a cushioned synthetic carpet being locally produced. To achieve this without losing a grass green was considered to be essential and a great deal of representation to the Monash Council succeeded in having this proposal included in the Glen Waverley Central Reserve Master Plan. This involved allocation of portion of the unsealed car park to build the green and a complete redesign to provide an enlarged car park for general use with sealed roadways and lighting.

The Club had achieved all of its improvements to this date by the hard work of its members in raising funds but this project was over and above that capability. The work was aided by the financial co-operation of the Council and a sports grant of $50,000 from the Victorian Government. The green was opened for play in the 2005-06 season.

Success on the greens is always difficult in a situation where promotion and relegation processes even out the competing teams but the Club has been able to win premiership flags at VLBA A2 level (1988-89), RVBA Division 2 (1993-94) and VLBA (Sat.) Div1 in 2007-08 & 2010-11. With the evolution of Bowls Victoria now being the controlling body this club is looking forward to further success both on and off the greens in the future. 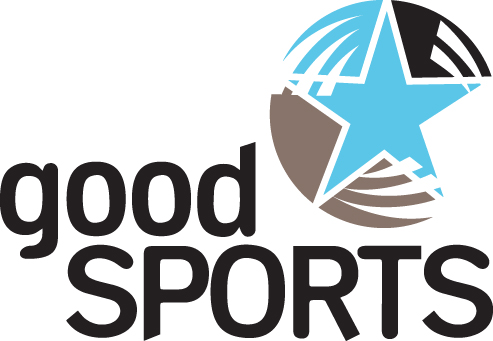